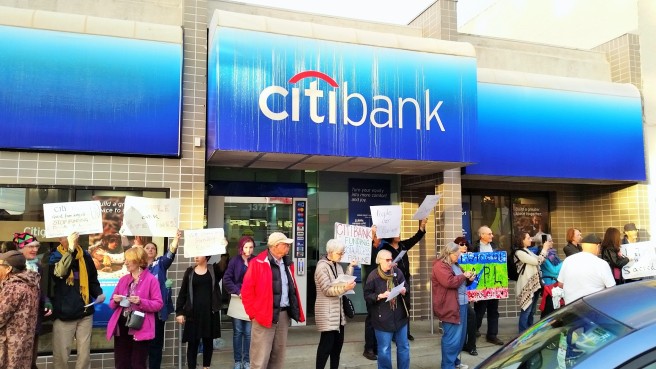 Four people from El Cerrito Progressives (ECP) participated in the Water is Life: No DAPL protest at the Albany Citibank Branch on Solano Avenue. At its peak, there were an estimated 175 people standing in front of Citibank and lining both sides of the street. 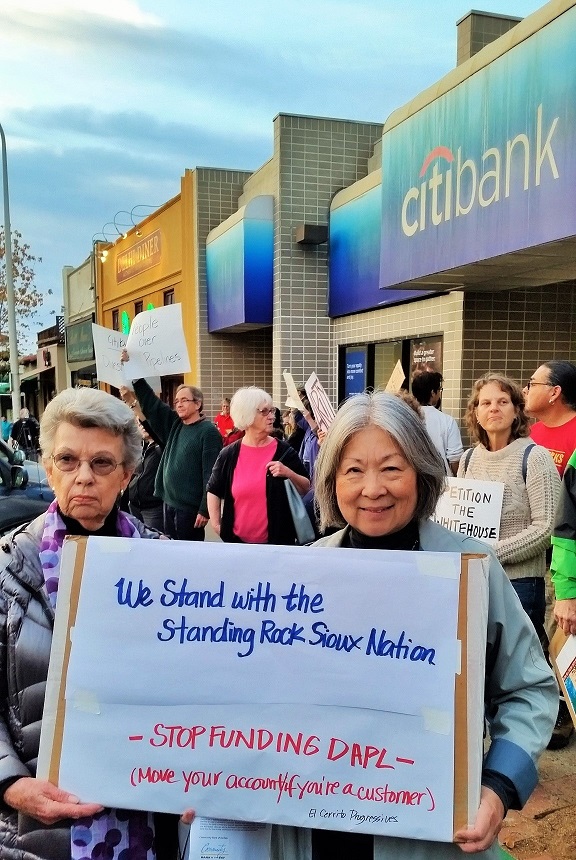 Hugh MacMillan, senior researcher at Food & Water Watch, said in an interview “Citibank is the bank that’s been running the books on the project, and that’s the bank that beat the bushes and got other banks to join in.  .  .” Interview transcript at Democracy Now!

It was an energetic, upbeat gathering with cars honking their support, and people of all ages chanting, singing and waving banners. ECP handed out flyers with information on good East Bay bank alternatives to the big banks behind DAPL.

We encourage you to check the full list of 17 banks backing the pipeline to see if you have accounts with any of them. If so, we encourage you to write the CEO asking them to withdraw their investments from DAPL. If they do not do so, please consider moving your account to another bank. Click here  for a very useful guide to finding a community bank or credit union and the steps to make the transition. 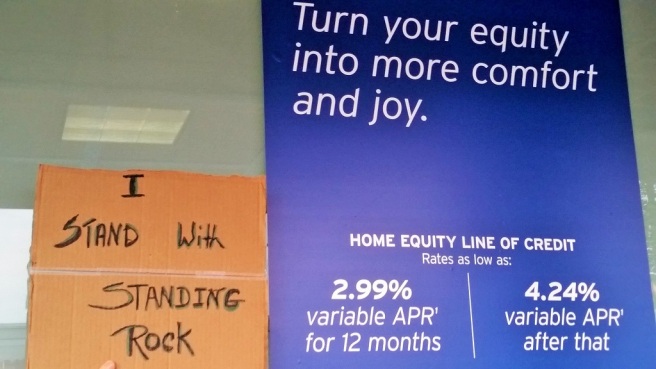 We continue to stand with the Standing Rock Sioux Tribe in their struggle to protect sacred land and water.