From Barbara Chan of the El Cerrito Progressives Environmental Justice Committee on the March for Science:

The student organizers spoke about the historical significance of free speech, and played an audio clip of Mario Savio on the Savio steps of Sproul Hall. They talked about the importance of science and their different fields of work. Young science professors also spoke about their work. It was enlightening for people who don’t understand the technical aspects, like nanobiology,  or astrophysics, or mitochondria, etc. They talked about the social importance of science and the positive impact it has and can make on society. They also spoke about the importance of showing the world that UCB is not just a site of violent protest, and that students and science supporters can be thoughtful and peaceful even though they’re “nerdy.”  We were thankful that outside agitators did not show up. 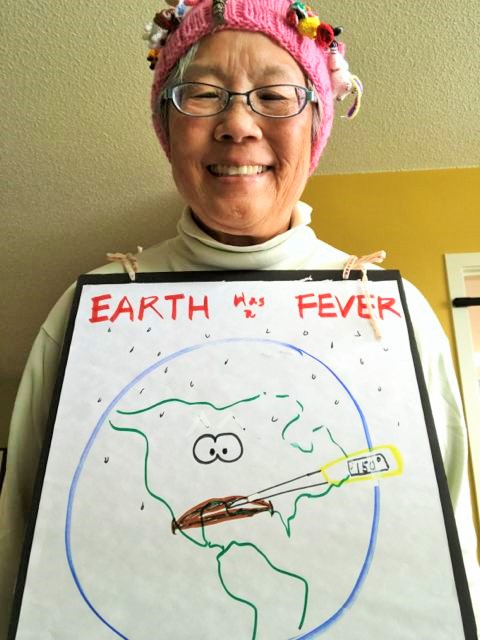 After the rally, we “strolled” through campus and downtown Berkeley to the central park.  Students talked about the age-old problem of research assistants not being paid well enough or getting health benefits for running labs, doing field work, or supporting PIs (principal investigators and faculty).

The rally and march were well-thought out, organized, orderly, and peaceful. All the speeches were positive and proactive, not anti-anything. Only once was Trump’s name mentioned. As the students said—they wanted to prove to the world that the Berkeley campus is not just a scene of violence, but of peaceful, free speech—this time for Science. They succeeded.