Severe housing shortages seem to be a worldwide challenge. High housing costs permeate the housing market, with the lack of affordable housing in California inducing a homeless population that equals one-fifth of the nation’s total. In 2017 Alameda county alone saw a homeless increase of thousands.

Why a California Housing Crisis?

Homelessness isn’t the only hardship a lack of affordable housing places on California residents. Fifty-four percent (54%) of renters and 39% of homeowners feel economically pinched, with over 30% of monthly household income consumed by high rents and mortgages. A 2018 Public Policy Institute of California (PPIC) study indicates that 9 of the nation’s least affordable metropolitan areas are in California. From 2009 to 2014 California grew by 77,000 more households than housing units, with mostly high-cost available housing located far from jobs and transit.

Over the past several years, California has not only produced too little housing, but too little of the right kind of housing. The housing produced is often located far from jobs and transit, or is too expensive for low and sometimes even middle income households to afford.

“It’s a desperate situation right now,” intoned Dowell Myers, an urban planning professor at the University of Southern California. “We really have to rethink everything.”

Civic leaders and activists ARE rethinking everything. Solutions include addressing housing policies with a push for liberalizing local zoning restrictions and implementing new protections for renters. El Cerrito citizens are one example of joining the housing challenge by addressing the City Council concerning the recent closing of a local neighborhood community if favor of a new, higher-priced housing development.

However civic leaders and activists are pushing against a rather entrenched NIMBY (Not In My Backyard) tradition.

Starting as a movement to protect local and recreational environments from commercial development, NIMBY has morphed into homeowners using political clout to block new housing development, based on ‘quality of life’ concerns. ‘Quality of life’ exclusions continue, with residents of a wealthy San Francisco neighborhood in 2016 resisting the construction of a low-income seniors’ apartment building to avoid ‘severely drug addicted people’ and the mentally ill. 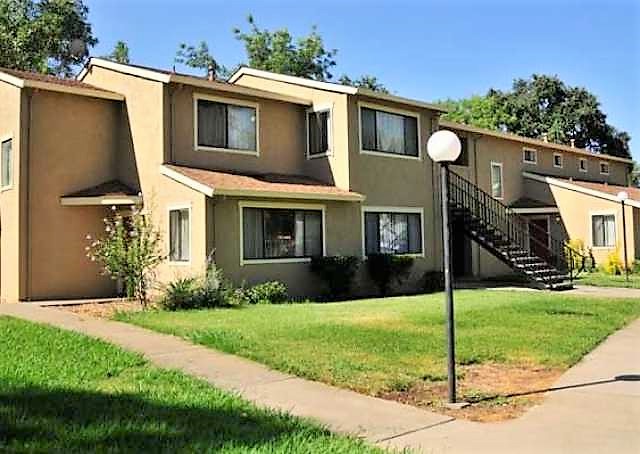 In addition to zoning restrictions, there is the municipal preference for retail tax revenue. When Proposition 13 was passed, protecting homeowners from property tax increases, cities slowly tumed toward office and retail development for tax revenue. To make matters worse for low-income households, remaining affordable and mostly minority neighborhoods are experiencing concentrated gentrification, pushing out low-income residents.

The California State Legislature is attempting moves towards housing solutions, with State Senator Scott Wiener (D San Francisco), elected in 2016, trying to turn NIMBY into YIMBY (Yes In My Backyard).

Sen. Weiner was also instrumental in introducing a 15-package housing bill, SB 35, basically requiring cities to approve and implement the number of housing developments that fit the bill’s criteria. SB 35 was signed by Governor Brown in September of 2017.

“We made a strong start …”, stated Sen. Weiner in respect to SB 35, “but we have to build on that success to get back on track, because we have a huge crisis on our hands.”

While the California legislature strives for housing improvement through legislation, activists focus on daily concerns in housing. New rent control ordinances have been placed on some city ballots, and a 2018 ballot initiative could make rent control statewide.

“We need a policy that will put a stop to unjust evictions, which disproportionately affect vulnerable groups,” said Isuri Ramos, a [Santa Ana] community organizer.

Less vehement activists, however, are reluctant to push too hard against the real estate industry, and voice concerns about lower rents causing a reluctance in new housing development.

In contrast, California grassroots activists are adamant about improving housing conditions in California. On April 23rd Oakland community organizers and politicians held a rally on the steps of Frank H. Ogawa plaza demanding a repeal of the Costa-Hawkins Rental Housing Act.

“The rent is too d*** high,” said Carol Fife, of the Alliance of Californians for Community Empowerment, addressing the crowd at the steps of City Hall. “And it should bother us.

Affordable housing activists, composed of the AIDS Healthcare Foundation, the Alliance of Californians for Community Empowerment and the Eviction Defense Network, have developed The Affordable Housing Act, which they intend to place on the November ballot.

“While evictions are creating a crisis in California, thousands of people are being forced out of their homes and the neighborhoods they grew up in, commuting hours to and from work, or literally living on the streets. Hard-working people can’t afford a decent place to live. California can do better, and we need immediate change to stop this wave of displacement to keep people in their homes,” wrote the organizers of the Affordable Housing Act.

The Affordable Housing Act ballot measure would repeal the 1995 Costa-Hawkins Act, removing prohibitions on rent control on units built after 1995, and removing permissions for landlords to raise rents to market value between tenants.

Affordable housing in California is a must. The current levels of housing costs, along with lower wages, the recent economic downturn and the mortgage crisis are pushing more people out of their homes and abodes. Looking forward, combined and assertive political and public initiative is needed to solve California’s housing crisis.

Find more on California’s need for affordable housing at CITYLAB: In California, Momentum Builds for Radical Action on Housing, from which the bulk of this information was derived.