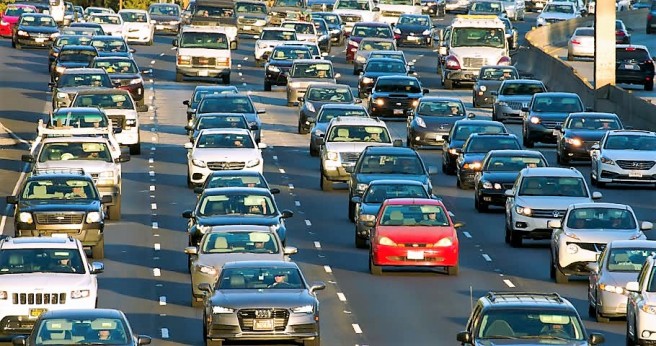 California drivers are slowly seeing upgrades to California roadways. In one example, commuters on Interstate 880 at speeds of 60-70 m.p.h. are experiencing a smoother terrain with fewer jolts. A 12 cent per gallon gas tax, a hike in the cost of vehicle registration renewal and an increase in the sales tax rate on diesel from 9% to 13% are  the financial source of roadway improvements, with an estimated $52 billion revenue increase to assist in California’s transportation needs for the next decade. The passing of Bill SB 1 provides the tax revenue to assure roadway improvements.

As Californians experience further tax increases in a fitful economy, many residents are interested in seeing fully tangible results. Some California tax payers are also inquiring about taxing electric vehicles, a $100 annual fee in lieu of gas taxes of which will begin in 2020. The delay helps the EV industry first establish a stronger footing in the state.

The average daily increase in the price of gas is estimated to be 20 cents per day.

According to Matt Rocco of Caltrans, over $500 million in SB 1 revenue has so far gone to cities and counties, maintenance projects, project awards and completions, and over 200 new projects. Funds have also been dedicated to civil engineering and environmental studies.

Currently $30 million in highway projects have been completed or started:

Within three months of collecting the extra 12 cents per gallon, the state fast tracked dozens of road and bridge repairs. With a conservative-led campaign to repeal SB 1 hot on its tail, state officials are intent upon showing results to save the billions which they foresee generating significant road system improvements. An additional incentive for immediate initiation of roadway upgrades is the federal matching funds President Trump announced for road and other infrastructure projects.

Motorists are beginning to drive smoother, while Caltrans plans to increase it’s staff by 10%, adding 2,000 jobs — from maintenance to architects and engineers — as personnel involved in SB1-funded roadway improvements.

“The proposed repeal of SB 1 would not only rob our state and local governments of vitally needed state funding, but now we learn that it could also hamper our ability to receive federal funding,” said Matt Cate, executive director of the California State Assn. of Counties.

As roadway improvements progress, a group of Republican members of Congress from California are in the final stages of collecting signatures to propose a ballot measure to repeal SB 1.

Opposition to the bill maintains that California taxpayers already pay plenty for road repairs, and that there is money available in the general fund for roadway improvements.

The progression of time and the pressure from opposition will decide the extent to which roadway improvements take shape in California. Contact your state senators and representatives to voice your opinion on this issue.

Find more information on SB 1 state roadway improvements and issues at The Sacramento Bee – Capitol Alert: California gas tax increase is now law. What it costs you and what it fixes and Los Angeles Times: California’s gas tax increase has fast-tracked road repair projects as supporters hope to stave off a repeal.