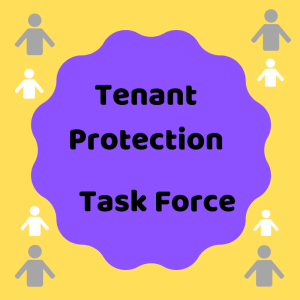 El Cerrito Progressives encourages resident tenant and landlords to consider applying for a temporary task force to advise the city on tenant protections.   What policies can be put into place to prevent the displacement of our residents, many of whom are with limited income or fixed income and others who are of moderate income but are now reaching their limit of affordability, paying over 35%-50% of their monthly income toward rent?

In the past year members of El Cerrito Progressives canvassed neighborhoods and have spoken to renters in the threshold of their home or at our monthly Tenant Rights Clinic. An ever-growing pattern emerges of landlord/tenant scenarios.What I describe below are my observations, and I offer them as a basis for the upcoming city’s effort to discuss further tenant protections to stall off displacement of long time residents. 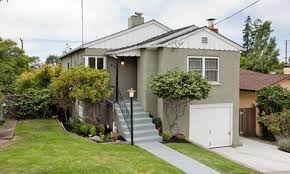 We have a class of renters who on have paid the same rent for many years, or rent with small incremental increases from their landlord.  Although this is not all legacy landlords, we are documenting serious habitability issues and finding some legacy landlords reluctant to make repairs, or tenant fear that pushing for fix-its will lead to their eviction or greater rent increases.   We also note that in some cases where children have taken over the property of legacy landlords, responsiveness to repairs became a problem. We recently met up with one renter who spoke up against the Rental Inspection Program run by the city. She said that in an effort to enforce code compliance, the landlord simply raised the rent to make the repair.  Similar to aging homeowners who find it difficult to repaint their home or make repairs do to fixed incomes and rising costs, there are landlords who are zealous about keeping their costs at a minimum, and in turn charge less than the average 1 or 2 bedroom. Some of the long-time landlords, many of whom no longer owe a mortgage and therefore can maintain lower rents, seem reluctant to invest in their property, and the tenants who are held hostage by the aggressive rental rates, remain quiet and live in substandard housing.

Corporate Landlords/tenants in larger buildings with multiple units.  Along the east 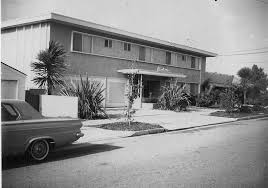 side of the BART tracks and west of San Pablo Ave, from the Plaza to Del Norte, we can find larger properties. Many of the properties look to be the product of the 60’s and early 70”s, with two floors accessed by badly worn cement steps and wrought iron handrails that sway upon touch.  Behind the doors live long time residents including seniors, as well as newly arrived El Cerritans, refugees of rent spikes from neighboring communities. In some units you will find immigrants speaking Spanish, Nepalese, Russian, Chinese and other languages. In some cases, entire buildings are being sold and resold.  Buildings close to Del Norte BART are considered prime property and long time renters wait on pins and needles for their letters to vacate. New property management teams come to announce major renovations, oh, and of course, major rent hikes, the likes of which are resulting in the displacement of folks who have lived in the city for more than a decade. 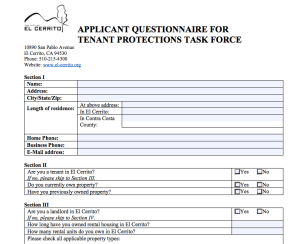 The City Council of El Cerrito adopted a recommendation from the Human Relations Commission to establish a task force to study possible remedies for endangered tenants.

El Cerrito Progressives repeatedly favor an anti-gouging ordinance to cap rent increases at a reasonable rate. Although the Mayor spoke favorably to the idea, the Council lacked the votes for this type of action. A task force composed of tenants and landlords will be asked to address this idea as well as others in the next six months. Pillar B of the El Cerrito Affordable Housing Strategy adopted by Council in 2017 includes many potential measures for the Taskforce to consider and recommend for policy development, with the goal of reducing displacement. These policies include: rent stabilization, mediation, just cause for eviction, harassment protection, relocation assistance and preservation of existing affordable units when their deeded time commitment expires.

Do you have any ideas?  Are you a tenant or a landlord willing to recognize the need for tenants to be protected from a percentage of irresponsible and corporate sharks who are undermining a stable community? If so, please consider applying for the task force. Information for application can be found at this link: http://el-cerrito.org/93/Boards-Commissions. See the bullet “NEW Application for Tenant Protections Task Force”. The application deadline is June 27, 2019.