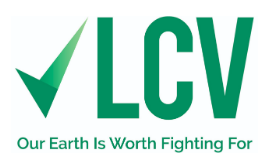 This news just came in from the League of  Conservation Voters:

Earlier this year, Trump announced he wanted to slash the EPA’s budget by 31% — a total gut-job on the agency that would zero out key environmental programs. He also proposed 14% cuts to the Interior Department.

Well… this is a big update. After months of negotiations and intense campaigning, the House just passed a budget deal that actually increasesfunding for the EPA and Interior Departments — AND would remove Big Polluter requests that have been slipped into spending bills for years.

This is a huge rebuke of Trump and his dangerous policies. Now, the package goes to the Senate — a vote will happen as soon as Monday.

We need to make sure a clean bill gets through the Senate and sets up a path forward on these important government environmental programs. No poison-pill riders. No anti-environment attacks.

But with only a short window before a vote, we need to mobilize — and fast. We need your help to push this campaign over the finish line — the vote could be close.

Please call Senators who are on the fence about funding the EPA.

View all posts by barbarachaninspired